Across The Obelisk: Zek Deckbuilding Guide 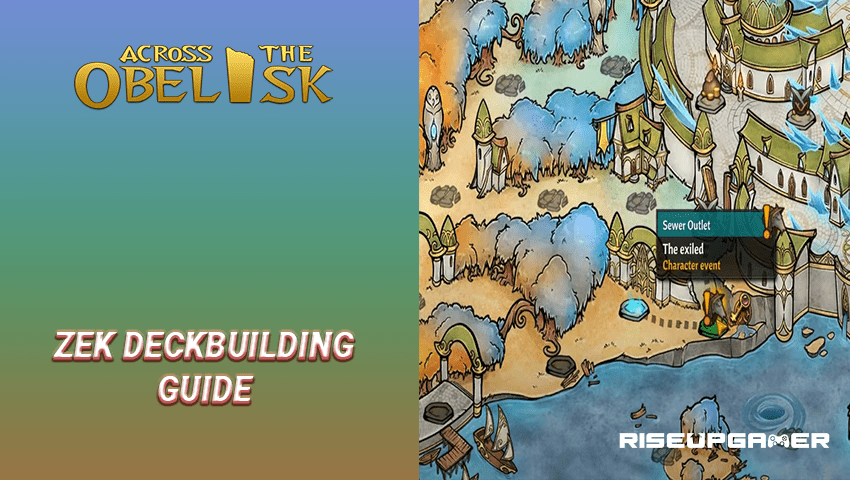 This guide will tell you how to create your own deck with Zek.

Zek Deckbuilding Guide in Across The Obelisk

How to unlock Zek

Zek is a mage who focuses on doing shadow damage and applying dark stacks.

You can easily unlock him in 15 minutes by going to the “A grave on the road” node on the Main Road.

Once you reach there, select the Profane option which puts you into a simple fight. After completing the fight, you will receive the Jeweled Key that will take you to Act 2 to complete the unlock.

If you bring Heiner along, you can open a chest afterwards to get some extra items but these aren’t necessary as you will receive the key after completing the fight.

After completing Act 1, go to the blue world where you need to navigate to the Sewer Outlet at the bottom of the map.

Once there, select the Enter or Leave the option to give him the key and enter the sewers. This will unlock Zek for you.

Zek’s Perks are fairly simple and flexible, you can go for 38 general perks while staying zero in the rest.

It is recommended to maximize your defensive stats or you can mix or match according to your personal preferences.

You can maximize dark stacks and shadow damage on the Mystical tab.

When adding and removing cards from the deck, you can reduce the cost by adding a malicious eye, Nercotic Bust and you can also add some Pestilence to give it more Shadow stacks.

When upgrading cards, you can upgrade malicious eyes to apply dark stacks and upgrade the Curse of Exhaustion so that they can burn and you can also upgrade the Dark Stacks to ensure that they burn as well.

You can upgrade the Curse of Shadows if you have some spare charge but it’s not entirely necessary.

When you run Zek, it’s important to add a ray of hope to your healer’s deck as it will naturally be giving you a lot of dark stacks and it is a very cheap to remove dark stacks from an ally as well as provide a little bit of healing as well.

If you are looking in the shop for items it’s important to look for anything that increases your shadow damage or dark stacks.

You can go for Shadow Orb or the Vodoo Doll and you replace your starting item with them.

There isn’t really any ideal pet for Zek so you can easily add Betty if you have neglect in your team or add Bunny just to give it a little bit more speed at the start of every turn.

Playing Zek is really easy as you just need to maximize your dark stacks. It is worth keeping an eye on the number of stacks that he applies at the start of every turn since they go up by 4 so you only need to get people up to around 24 or higher to make sure that they pop at the start of your next turn.

You can easily run him with Maluka to increase the number of dark stacks that you apply however you might find it appealing to have a more diverse team with a dedicated healer.

That’s everything you need to know about Zek’s deckbuilding. 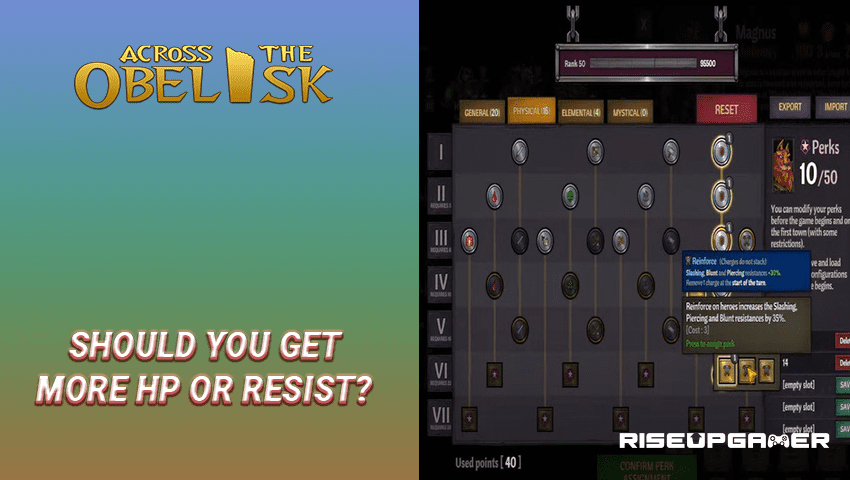 Across the Obelisk: Should You Get More HP or Resist?
Read next >
Across The Obelisk
Latest