Across the Obelisk: How To Unlock Ottis (Priest)

We need the Priest to save us all! 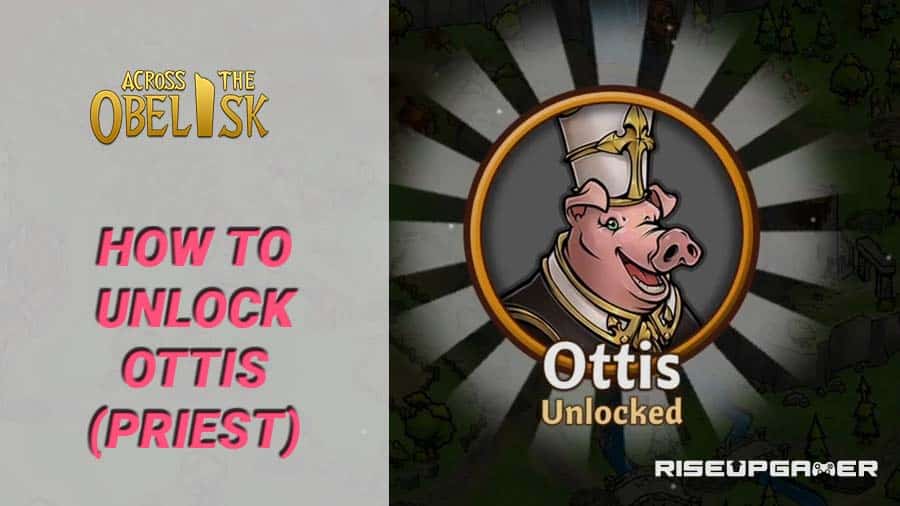 Ottis is one of the many friendly characters that you will meet in Across The Obelisk, a good ally that if helped will support you and your group through the rest of the game so it would make sense why you would want him as an ally.

But many players do not unlock him just because they do not how to help him or are underprepared and give up halfway but don’t let this scare you since unlocking Ottis is not that hard.

Across the Obelisk: How to unlock Ottis (Priest)

In order to unlock this ally, you first must find him so you can accept the quest. You will first encounter him in the isolated chapel where he has fled to in order to escape Yogger the Werewolf’s massacre that has plagued his town.

After getting to know more about what happens he begs you to help him retrieve his stolen goods located in the Bandit camp north of your current location. If you have Magnus on the team, he will have a dialogue where it looks like they know each other and at the end of the conversation, Ottis will give you some equipment as a reward. They are mostly priest equipment.

After this encounter, you will need to travel to the Forest ruins where the quest continues.

Here you will find a couple of Werewolves that have set up camp, they invite you over for a chat and a part of the camp.

If you reached this location after speaking with Ottis, you will have an additional dialogue about where you tell the wolves about the funny history of a pigman dressed as a priest. Selecting this dialogue will make them laugh at your story but also attack you because they are Yogger’s henchmen.

After defeating them you arrive at the Bandit Camp. Upon arriving you will see Yogger yelling and giving orders.

Magnus will have an additional dialogue saying that he knows him and maybe he can reason with him but it will only lead to combat.

Combat phase, you will see Yogger alone but he will summon more units during his turn. His minions will aid him in battle but if you kill Yogger then the game ends. After you defeat Yogger you automatically unlock Ottis and get other rewards.