A Plague Tale Requiem: Cooperate With The Soldier To Cross the Dock

Let’s find out how to Cooperate With the Soldier to Cross the Dock in A Plague Tale Requiem! 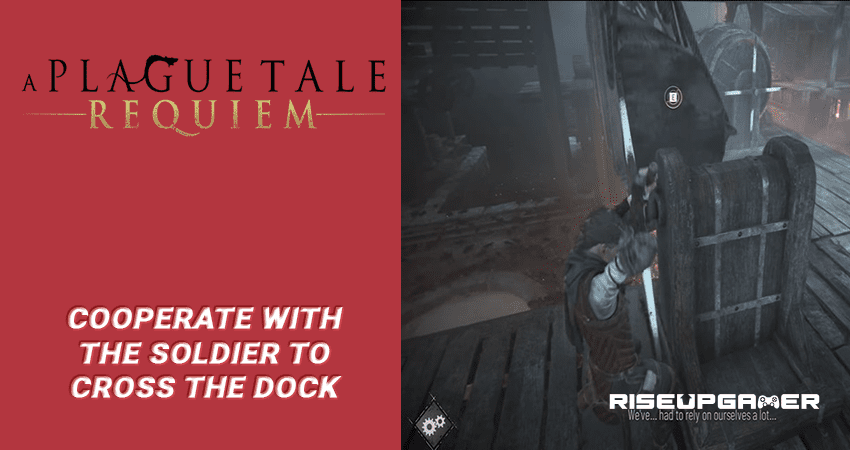 A Plague Tale Requiem is a newly released RPG in which players are into the medieval world and fight against various enemies. In the game, you will come across plenty of puzzles and once you reach chapter 4 – Protector’s Duty, under the sub-charter Obligatory cooperation, you have to cooperate with the soldier on the docks and get out of there. We prepared everything you need to know in order to pass this stage of chapter 4.

In this guide, we will show you how to Cooperate With The Soldier To Cross The Dock in A Plague Tale Requiem!

First of all, you need to hit and cut the rope that holds the bridge up. Once the bridge falls down, the soldier will be thankful and he will pass on the other side.

After you’ve helped him pass the bridge, you will start to work together, and then he will lift the gate and send you back a moving platform with a large barrel on it.

On this platform, you have to interact with the wheel that rotates the barrel. Actually, there is alcohol in the barrel that you need to pour into the pool.

All you need to do is to rotate the barrel enough with the wheel until the alcohol starts leaking down to the pool. After it is full, you have to set fire to the pit below.

From here, the soldier will lift up the gate again, and then you will instruct Lucas to move the platform to the next pool station.

Order Lucas to move the platform to the second pool and when it reaches that point the soldier will lift down the gate again so the platform won’t be able to move back.

Now same as the previous pool, you need to pour alcohol again by rotating the barrel with the wheel and set it on fire once it’s full.

To continue to the next pool, you have to lift up the other gate that blocks the moving platform.

In the same time, while you are controlling the gate, you have to give orders to Lucas and move the platform forward.

Once the platform is on the right position, you can repeat the same process like the previous two pools. Pour alcohol inside the pool and set it on fire.

The next move is to hit and cut the chain that holds up the second bridge and the soldier will be able to move to the other side.

To do it, you have to go down where the third pool is and behind it, on the upper platform, you will see the bridge.

Go back to the platform near the first pool where you will see Lucas trying to pass.

Unfortunately, he won’t be able and you need to throw another tar on the pool to increase the fire.

Now, you and the soldier have to lift up the two gates so the moving platform will be able to automatically move back and Lucas can pass underneath the gates.

Now, Lucas will pass and you can continue forward with him, but be careful with the soldier because he might change his mind and become your enemy. 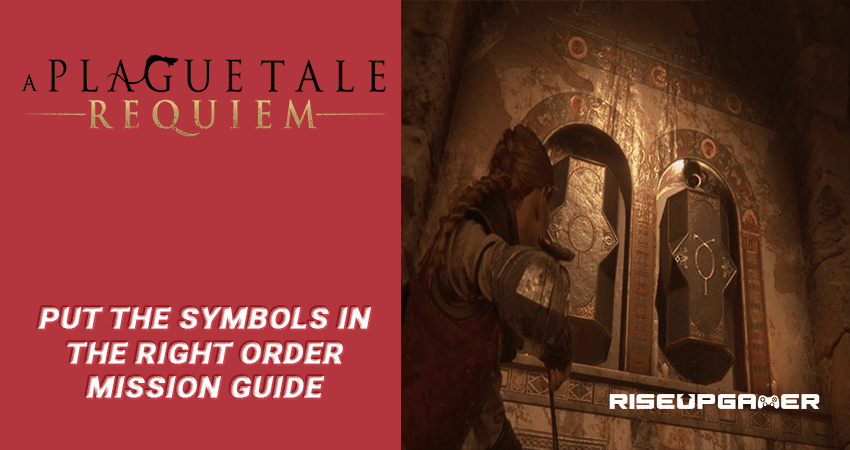